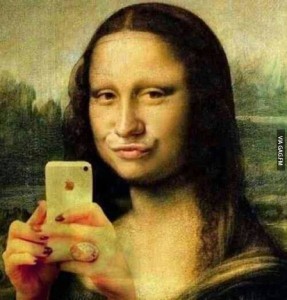 Much has been written about the phenomenon of the Selfie. There is even a whole new greeting card category dedicated to Selfie-inflicted humor. 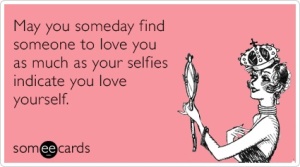 But it is the proliferation of Selfie Sticks that troubles me.

Selfie on a Stick — a local company that sells the device online and at select Nordstrom and Opening Ceremony stores — has seen a 3,000 percent growth in sales in November alone. They’ve sold out of their Nordstrom stock three times already this season.

My concern is with neither the aesthetics of bizarre compositions nor the sharing of TMI that should remain private.

The problem is that this invention is yet another way for people not to relate to each other. This add-on to the Selfie trend goes the extra yard to improve the end result for the self-photographer.  This makes it even less likely he or she would turn to a stranger to document the moment at hand, further ensuring autonomy. 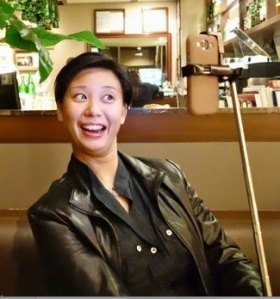 It saddens me to think of losing the random human encounters, the warmth, generosity and enthusiasm expressed by hundreds of strangers I’ve enlisted to photograph me with friends or family.  And when I, unsolicited, offer camera services to a couple, family or group of tourists struggling to get everyone into their snapshot (except themselves) I am consistently met with smiles of gratitude and profuse thanks. Everyone gets this! As a professional artist, I get an additional kick, thinking of the hundreds of my “anonymous” photographs circulating all over the world.

Clearly, we have been transformed, and in my opinion, damaged by our increasing self-sufficiency. With our dependence on and gratification with our devices as our primary relationships, it should come as no surprise that entrepreneurs have captialized on our withdrawal from others, creating the  current boom- Professional Cuddlers.  According to Stephanie Armour’s cover story in the Wall Street Journal:

“the cuddle-for-hire business is taking off—even though the clothes stay on. Thousands of customers across the country are booking appointments with professional cuddlers in at least 16 states…plans are underway for a cuddling convention…One free app, Cuddlr, launched in September and already has had about 240,000 downloads, according to Charlie Williams, a founder and developer. The location-based social-media application allows users to find people near them to cuddle with. Between 7,000 and 10,000 people are using the service daily, he says. The company’s slogan: ‘Ever just want a cuddle?'”

Someday, we will better see the negative impact of technology on the human brain and interpersonal relationships.  As we deepen our committment to our devices for the sake of speed and efficiency, we see automation enables autonomy. It’s difficult to imagine how humankind will fare over time. In The Descent of Man Charles Darwin, who popularized the phrase survival of the fittest, was misunderstood to believe exclusively in our competitiveness and aquisitiveness. However, Darwin himeself noted that, “humankind’s real power comes in the ability to perform complex tasks together, to sympathize and cooperate.” In The Descent of Man, the word love appears 95 times while the famous term survival of the fittest, appears only twice.

Happily, we are hard-wired to connect; the vagus nerve releases oxytocin at simply witnessing a compassionate act. Inter-relatedness is the norm amongst many species, from insects and birds to deer and primates, who operate based on consensus decision-making. 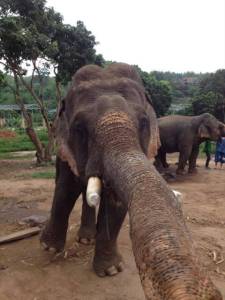 Married to our hands-free electronic devices we crave human touch, which can now be purchased on-line.  Although we have access to infinite possibilities when we hold the whole iWorld in our hands,  I’d advise bucking the trend and find ways to engage with real people before we forget how. It’s the Smart thing to do.

One thought on “To Thine Own Selfie Be True (Not)”