I’ve never been particularly interested in the game of tennis. Having no exposure to it as a kid, it was a subject about which I wondered why people were so passionate. In junior high school I owned a “tennis sweater” to look chic, but that was as close as I got.

As a family splurge, I found myself at Arthur Ashe Stadium for the Grand Opening of the U.S. Open this year, perched way up in the farthest possible seats, enjoying cool breezes and the relief of a setting sun. When the fireworks and performances subsided, and the first game began, I was surprised to find myself intensely attracted to the blue rectangle with crisp white lines establishing the perimeters of the action about to take place.

But it got even more exciting. From the thwack of the first serve, I was gripped. The rules of tennis were a complete mystery to me, yet I was completely mesmerized by the choreography taking place on the contained space of the court. I followed the linear action created by the powerful players in tandem with the dance of the ball’s path. It was like watching the creation of a living drawing, an experiential, ever-changing, etch-a-sketch ephemeral work of art.

At home, I stayed glued to televised coverage of the Open at every opportunity, much to the surprise of my family. What had happened to me? I was, at once, exhilarated and totally relaxed. I was bewildered by my fascination with any sport, and why tennis? The sense of well-being I experienced watching the game was undeniable.

I think Bento Boxes have something to do with my new love.

I have always adored having a meal served in the geometric, organized, compartments of a Bento Box. With everything so neatly in order, what could go wrong? If life were like a Bento Box (instead of Forrest Gump’s box of chocolates) there would be no chaos. As in tennis, everything would be confined to the neat boundaries of the box, agreed upon by one and all. If not, it would be Out. Any questionable behavior would be reviewed and scrutinized in graphic replay to determine if the act, depicted by a crisp black icon, was on the line just enough to be considered In.

I know in my heart this passion I have for tennis will continue. This is more than just a crush; I have finally found a sport that’s the perfect match for me. 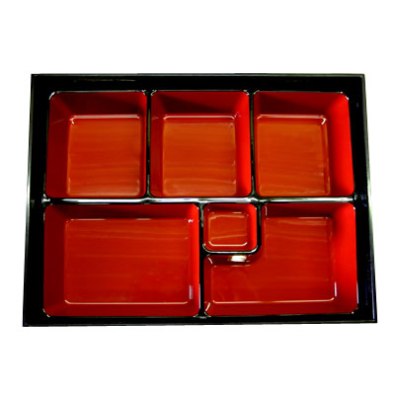